Setting: The layout will be set somewhere on the South Coast (probably a fictional location if I'm honest). Sand dunes are a feature of this particular strip of land which I have supposed is a spit heading out into the sea. It's inspired by various locations (which have been outlined below). 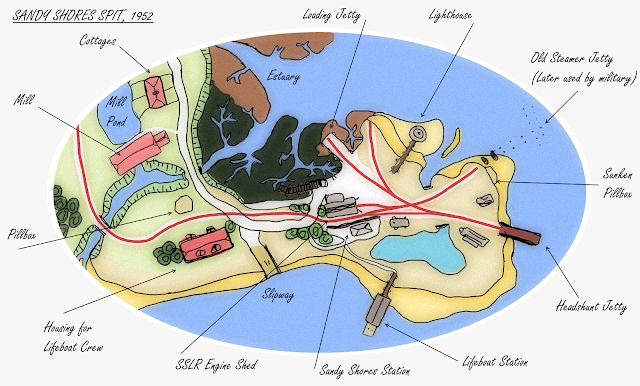 I have suggested that the line was originally used by fisherman to haul their catch inland down the spit, but was eventually taken over by the military at the outbreak of WWI until the end of WWII. The military held possession of the spit for a number of years, building concrete sea defences and bunkers. I will be building one half-sunken into the sand somewhere on the layout to reinforce this idea.

I've decided to set the layout just as WWII had ended, the military now slowly handing over the spit to a preservation group who plan to repurpose the line as a tourist railway. 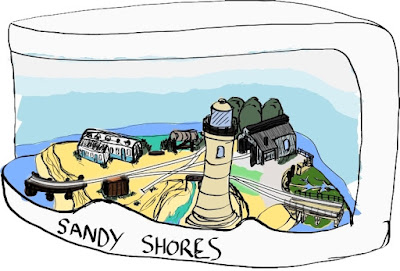 With apologies for my wonky sketching, here is the proposed overall view!
Instead of hiding all large structures at the rear of the layout I've decided to try something a bit riskier (according to the "rules" of small layout design!) and have the tall (360mm to be precise) lighthouse at the front of the layout.

The lighthouse design is likely to be based of the old low light at Spurn Point, although instead of the current water tank it has on top, the original lantern will be fitted. Prototype: CLICK

I've also taken a huge amount of inspiration from Neil Rushby's "Little Point Tramway", and of course "Shell Island". Funnily enough, the bay at Studland is called "Shell Bay!". Anyway, I digress, the layout will be called "Sandy Shores" in both a literal sense, and also in reference to a location in a favourite video game! 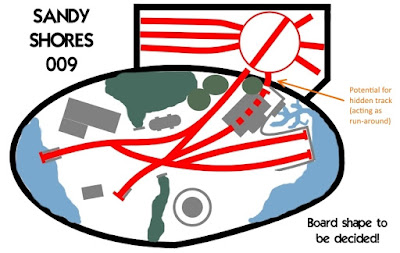 Trackplan: This is inspired by Little Point's crossover, although I've added my own twist on it. It has a fair amount of track (4 points and one crossing in total) but I've designed the layout to be quite fun to operate. I've tried to make it appear that the railway company had very little space at the end of the spit and had to work around this. Hence the headshunt for the loco shed had to cross the siding approach, resulting in a nice quirky arrangement!

Well that's all I have time for now, but please do write down any thoughts or criticisms you have! 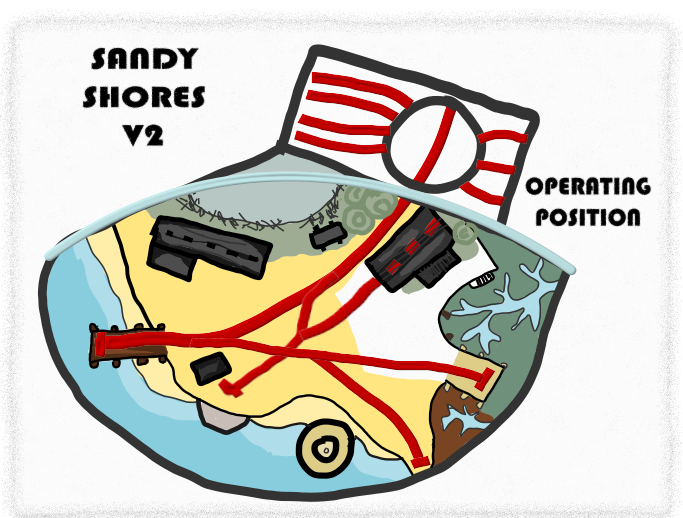