You could easily be forgiven for thinking that I haven't done anything since I disappeared back in January! That's not actually the case, although personal modelmaking has taken a complete backseat. As such, this will be a very rare occassion where I give a general update post. Usually I don't post unless I have something to show about a layout, but after 5 months of silence, I think it's about time I showed something off!

First up, I'm going to briefly introduce you all to another one of my hobbies/interests; designing tiny houses.

To cut a long story short, I'm absolutely enthralled with the idea of living in a tiny house. Perhaps that's due to me not earning a living wage, or having a love for small rooms with low ceilings (I've no idea why!), or wanting to build my own place, or likely a combination of all those factors! I also quite enjoy architecture, so I guess it all adds up to the perfect solution to me. The only problem are the strict planning rules which practically prohibit tiny houses in the UK. But if you really want an in-depth article about this, there's this one on my website!

In any case, I produced two tiny house designs purely built with my needs and desires in mind. If that sounds like something you'd be intrigued about, it's all on my website: Tiny House 1 | Tiny House 2
Here's a preview of the 2nd (which I feel is pretty close to my dream!): 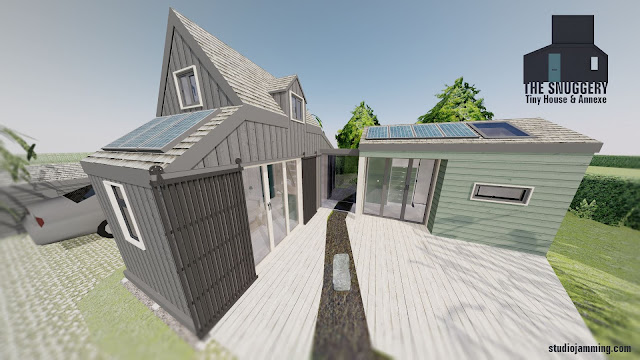 My blog used to have over a dozen tiny house designs, but I decided to code my own website from scatch as I couldn't get Squarespace (my old website host/template service) to play ball in the way that I wanted. As such, every single entry needs not only to be added, but coded; this takes a hell of a long time, as you'd imagine! That said, feel free to pop by my website every few months.

So aside from that, what have I been up to? Well, mainly working on a second diorama commission for BRM. The issue is that it takes me at least twice as long to do something, as it does anyone else; not helped by my desire to always go the extra mile. I suppose each diorama should only take a solid week of work, but this turns into months with me! That's not to say I don't enjoy building them, quite the opposite in fact. Though it does make me wonder if I should make them simpler, and thus easier to boil down to 30 steps when it comes to writing the article...

...anyway, the diorama is pencilled in for the August edition of BRM; so keep your eyes open! I'd love to hear what you all think of it when the article is published, and I'm always happy to answer any questions.

Currently, I've moved onto the third diorama for BRM; although I "only" have until the end of June with this one, so I'm hoping it'll motivate me to be a bit quicker! I'll likely post about both dioramas when each article is released, so until then, I'm afraid I'll have to be a tease...

That said, one article that has made it onto the shelves as of Thursday was Sandy Shores' appearance in Railway Modeller. Two double-page spreads were dedicated to the layout, and despite being called James a couple of times (fun fact - I was apparently originally going to be called James!), I think its been really well presented; so kudos to Andrew Burnham for the excellent photos (which he took at ExpoNG last year), and the rest of the Peco team! Compared to the how-to style of Sandy Shores' first appearance (in Aug '19 BRM), this is a more traditional layout article; so if you want a brief synopsis of the layout along with some lovely photos, do grab yourself a copy!

As far as I can work out, it's only available in newsagents/some supermarkets. There is of course the digital version for those that don't mind not having a physical copy!

It's not easy to gloss over the ongoing pandemic and it's effects. Even the comparatively minor knockback of every exhibition being cancelled seems like a huge blow. But there is a way to help fill the void, and the community of RMweb stepped up to the plate on the 26th April. This is traditionally a small member's day held near Taunton, and is always a high-quality and friendly event; in fact, the most laid-back and enjoyable one you could ever hope to go to.

Anyway, Andy, Phil, and Stu put a huge amount of effort into setting up the virtual event, with money raised from a raffle and virtual cake sale going to NHS Charities Together. It was a total success, raising over £7500; an incredible result!

The Run-up
The Layouts
The Demos
The Pub Quiz

As well as a few other threads, all of which can be found here.

I spent a few days preparing for the virtual exhibition, and produced a 5 minute parody look at what it's like to set-up for the show. It's even been called "really funny", which is great; because we all need a little comic relief right now!


It would probably be best to watch it directly on Youtube!

I then set about producing a poem against some of Andy York's photos, as well as a video of the layout working. All of which can be found in this post. Here's a taster: 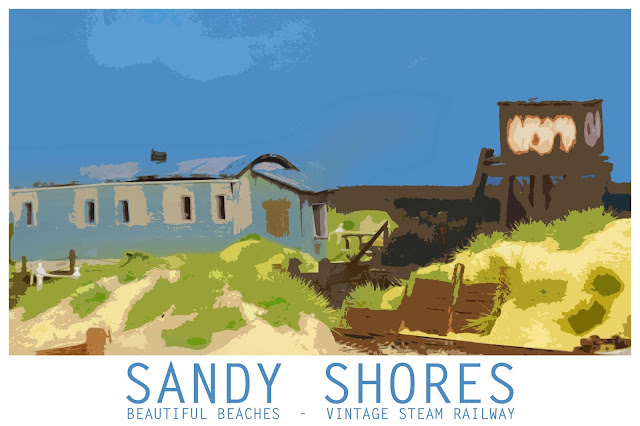 There we have it; a catch up from the last few months. Hopefully you enjoyed this update format, even if I don't plan on doing it very often! If anyone has any comments or questions; do post them below.