I have been putting off doing the infilling of the tracks for a while, but it dawned on me I had to come up with a solution soon. I was trying to think of a better way of making the groove for the flanges when I noticed some wire that I used for the control panel. It looked about the right diameter for the job. The only problem was keeping it in place. I then thought "What if I put the wire in place after the clay was placed?" - so that is what I tried. I'm pleased to say it worked, and with another simple homemade tool it became a quick (15min per 30cm) job! Here's what I did:

That's right, I'm back after a few months away from modelmaking. I needed a break after the marathon effort to get the layout ready for the show in May.

Work has continued on adding the rest of the clay to the layout. It is a very tedious and slow job (like most of modelmaking!) but I'm getting a fair amount done per sitting. The prototype railway at Fawley seems to be laid in such a fashion that the sleepers were all completely covered. I've no idea what they were covered in but it isn't ballast. It must be a mix of materials including perhaps sand and mud. There looked to be a few sections that were ballasted and of course a large amount of sections filled in with concrete.

Thus I will try to emulate this as much as possible, with track in various states of infilling. The nature of the trackwork in photos leads me to believe the layout of it changed a lot in some sections. Including lines built directly across pipelines, with sand embankments and nothing else supporting the track as it went over!

This means luckily for me I don't have to get my trackwork looking tidy!

Anyway, as you'll see in the photos below, the layout is still very much a bright white. I can't wait to finish all the clay work and start to put some colour on it. 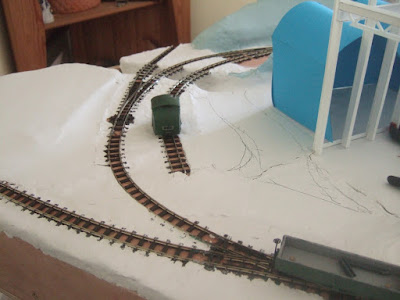 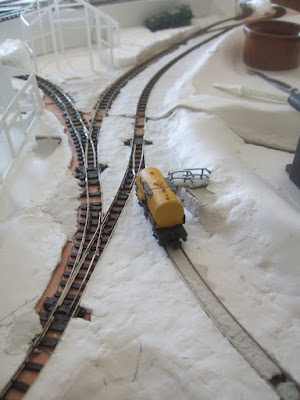 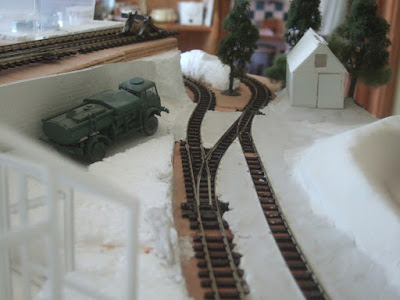 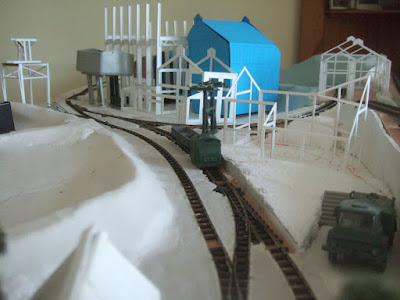 Edit 14th July 2015 - Attempt at working out how the drum cleaning plant may have worked?! 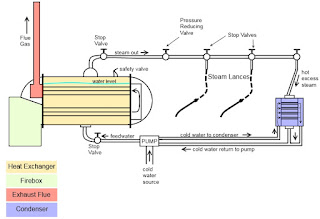