It's been a long old month since the last update, but I've finally found a few days to spend working on the layout; specifically the engine shed. The frame for this was built years ago for Old AGWI Rd. but never went any further. So this week, it finally received some cladding!

It took a number of days to work out how to replicate rusty corrugated iron, but I got there in the end. Here's how I did it: 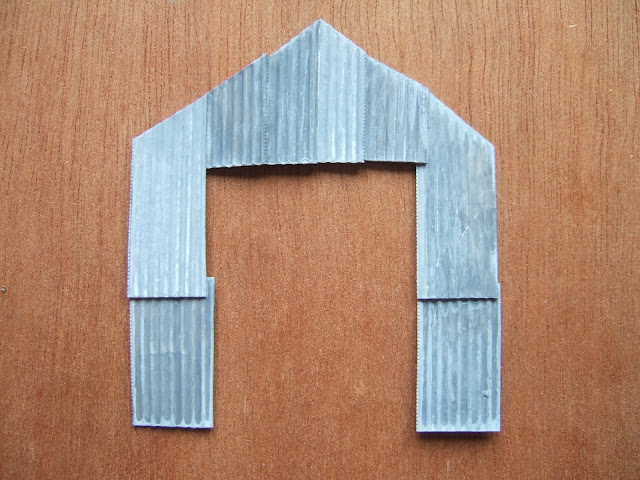 Above: The first step was to roughly paint the corrugated panels in two colours - first a mid grey base coat, and then a few panels were picked out in a lighter shade of grey (these will resemble panels that have replaced older rusted panels). 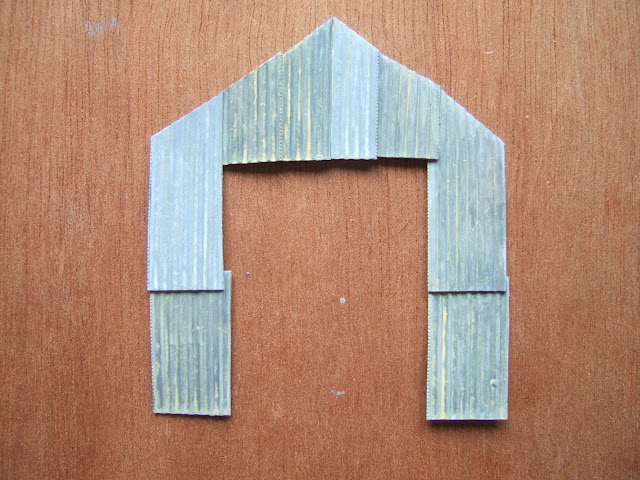 Above: The next step was to give the whole thing a wash of sandy/yellow (Model Color "Dark Sand" in this case) to give the first resemblance of rust. 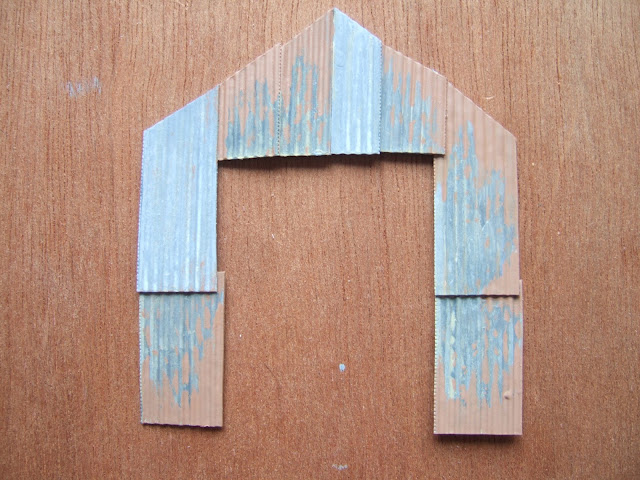 Above: Next up, studying prototype photos, I started to pick out the main areas of rust with Model Color "Brown Sand". Care was taken to pay close attention to the real thing, so most patches of rust end in splotches of rust (by stippling a small brush). To my surprise, there doesn't really seem to be much rhyme or reason to where the rust will sit. Obviously the outside edges are the most prone to rust, but other than that it seems random as to whether the top or bottom of each panel is rusty. Some rust only seems to accumulate in the middle of the panels. Hence why it's important to follow the real thing. 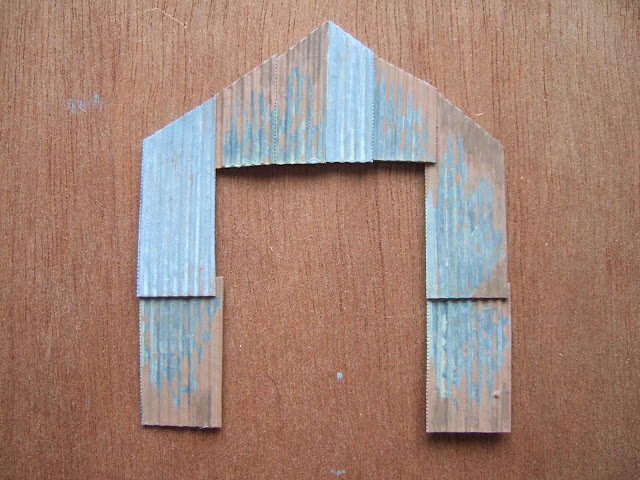 Below (all photos): And here is the locomotive shed as it currently stands - the salty sea air has made light work of the corrugated iron, particularly on the seaward elevations. Evidently, the railway company has taken the liberty of replacing some of the worst panels, but I doubt even these would last very long! 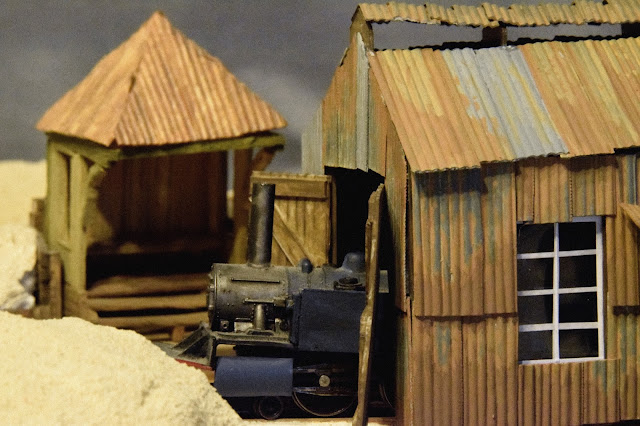 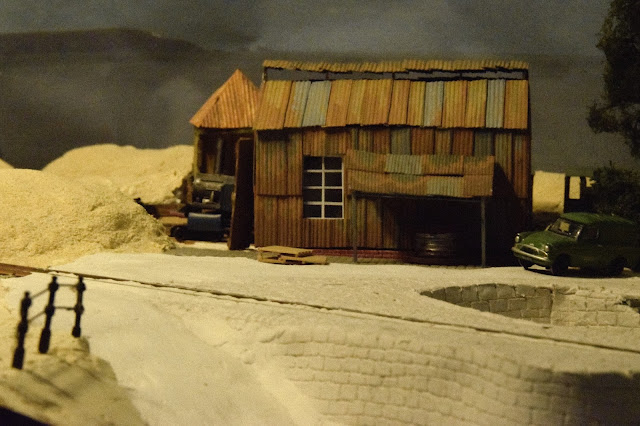 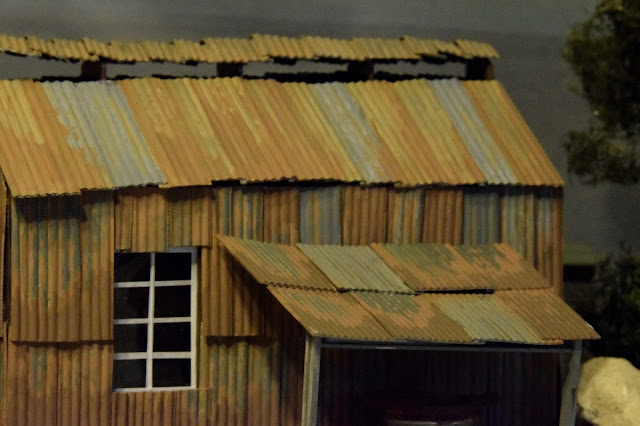 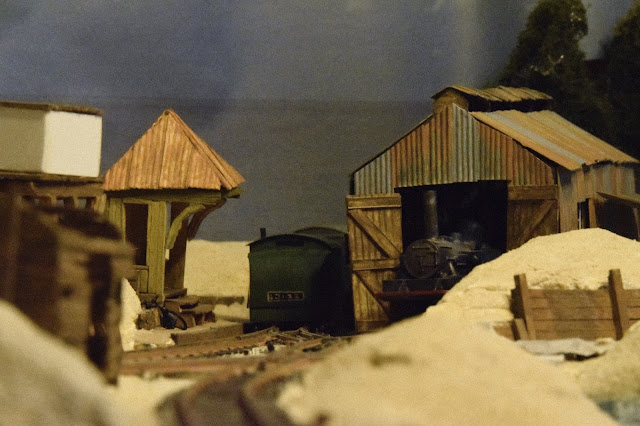 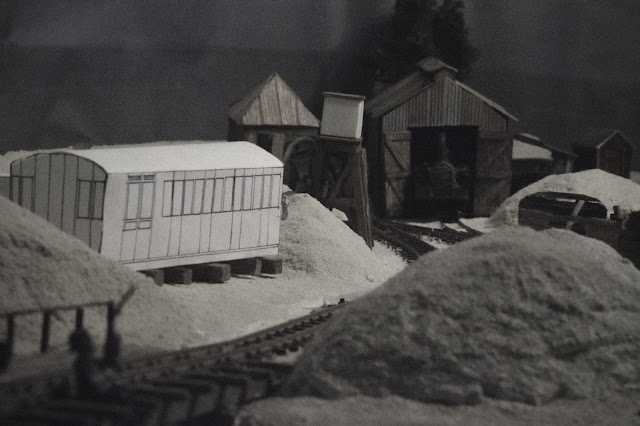 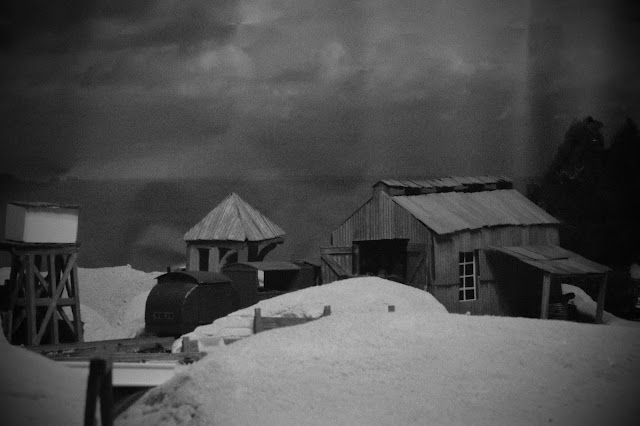 It's fair to say there still needs to be more work done - strips of lead flashing will be needed, as well as some window surrounds and maybe some broken gutters. I'm also going to be adding some extra bits of broken fascias to hide any unsightly gaps! I did think about adding some louvres on the top vents, but I was put off by the fiddly nature of the task. Besides, the original drawing I based the shed on hasn't got any anyway.

In any case, I think the end result isn't too bad, once I get the proper lighting rig worked out, I'll see if the colours need toning down at all, but for now I'm happy enough with it.
Posted by Jam at 10:41 No comments: